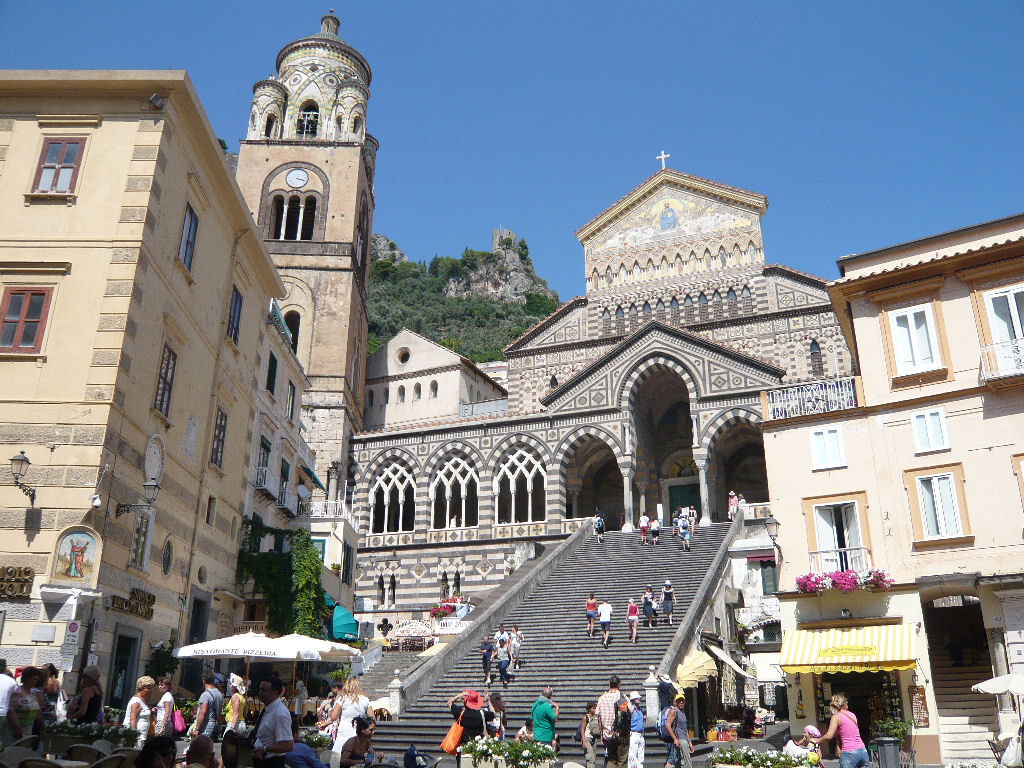 Ancient maritime republic, gives its name to the homonymous stretch of the peninsula on which it stands, the Amalfi coast. Its foundation is traced back to the Romans.

Starting from the ninth century, first among the maritime republics, rivaled with Pisa, Venice and Genoa for the control of the Mediterranean Sea.
Traditionally, every year a crew of Amalfi rowers participate in the Regatta of the Ancient Maritime Republics, challenging the weapons of the cities of Genoa, Pisa and Venice.

Amalfi is the heart of the Coast and those who are passing through it, enjoy its views and the streets of the old town. In addition to the beaches and crystal clear sea, there are many places of interest not to be missed. We list some of them below:

The art of Ceramics in Amalfi Coast

The art of Ceramics in Amalfi Coast