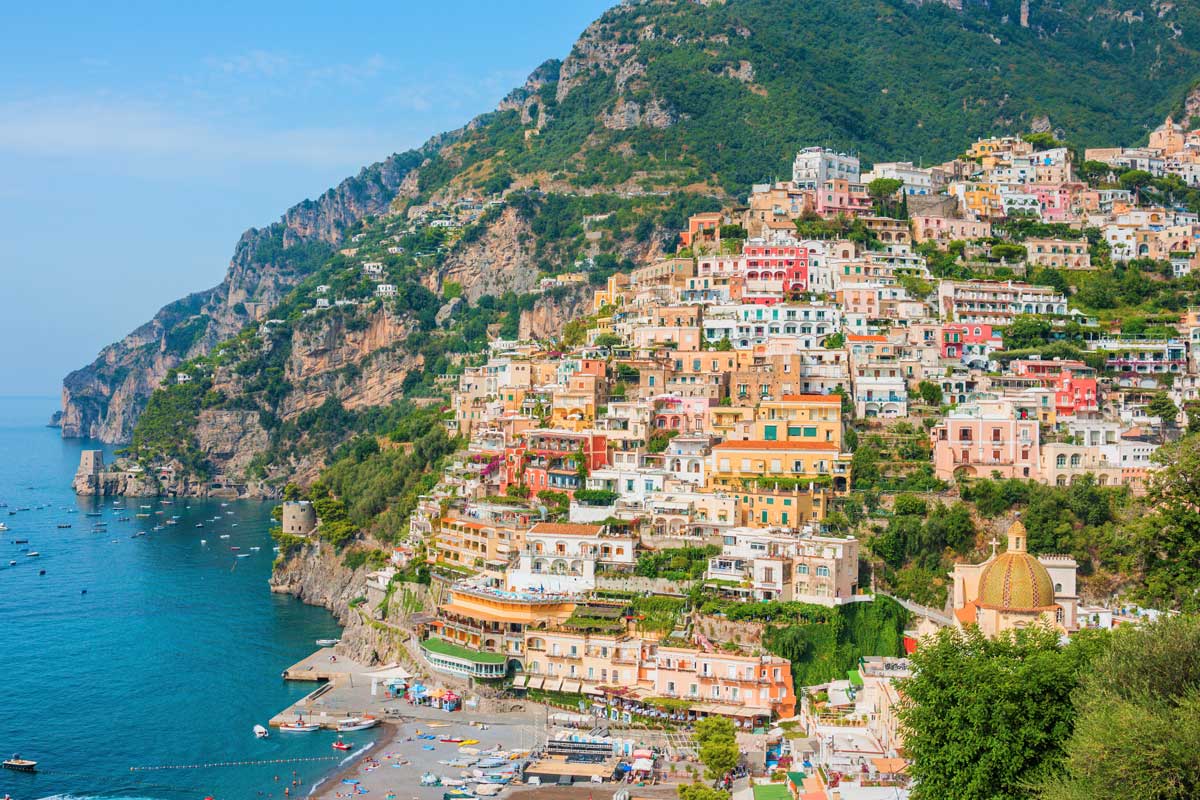 The Amalfi Coast, with its citadels suspended between sky and sea, attracts every year visitors from all over the world, but the most known is undoubtedly the wonderful Positano, covered by that veil of fame and enchantment who conquers the heart and makes dreaming.

Beloved by everyone, tourists and not, the beautiful Positano is also the daughter of myths and legends because, both its geographical formation and its name, are linked to different popular beliefs.

It is said that Poseidon, god of the Sea, has “modeled” Positano for the love of the persuasive nymph Pasitea and that the charming town is therefore the result of a legendary passion.

Even the city’s name derives from a popular belief. Every 15th of August there is a religious festival very much felt by the inhabitants of Positano and the Amalfi Coast. Each of the towns of the Amalfi Coast has its own legend linked to the Virgin Mary. It is said that the picture of the Virgin Mary was aboard a Turkish ship that remained locked off until the captain heard a voice whisper “pose, pose”. The painting was thrown into the sea and the people of Positano found it where now stands the church they built in her honor, understanding that the Virgin had chosen their city as their home.

Relax by strolling through the streets full of shops and clubs that lead to the seafront on warm summer evenings; it will be the best memory of your stay on the amazing Amalfi Coast.